The Galapagos Islands are one of the greatest treasures we can find in the Pacific Ocean. The islands are also called “Colon Archipelago”, its capital is Puerto Baquerizo Moreno.

The Enchanted Islands, the archipelago designation earned in the sixteenth century by the great biodiversity of flora and fauna for generations inheriting the name, are 19 islands and hundreds of small islands where life takes on a special dimension, known in the whole world by its endemic and studies by Darwin's theory of evolution species. 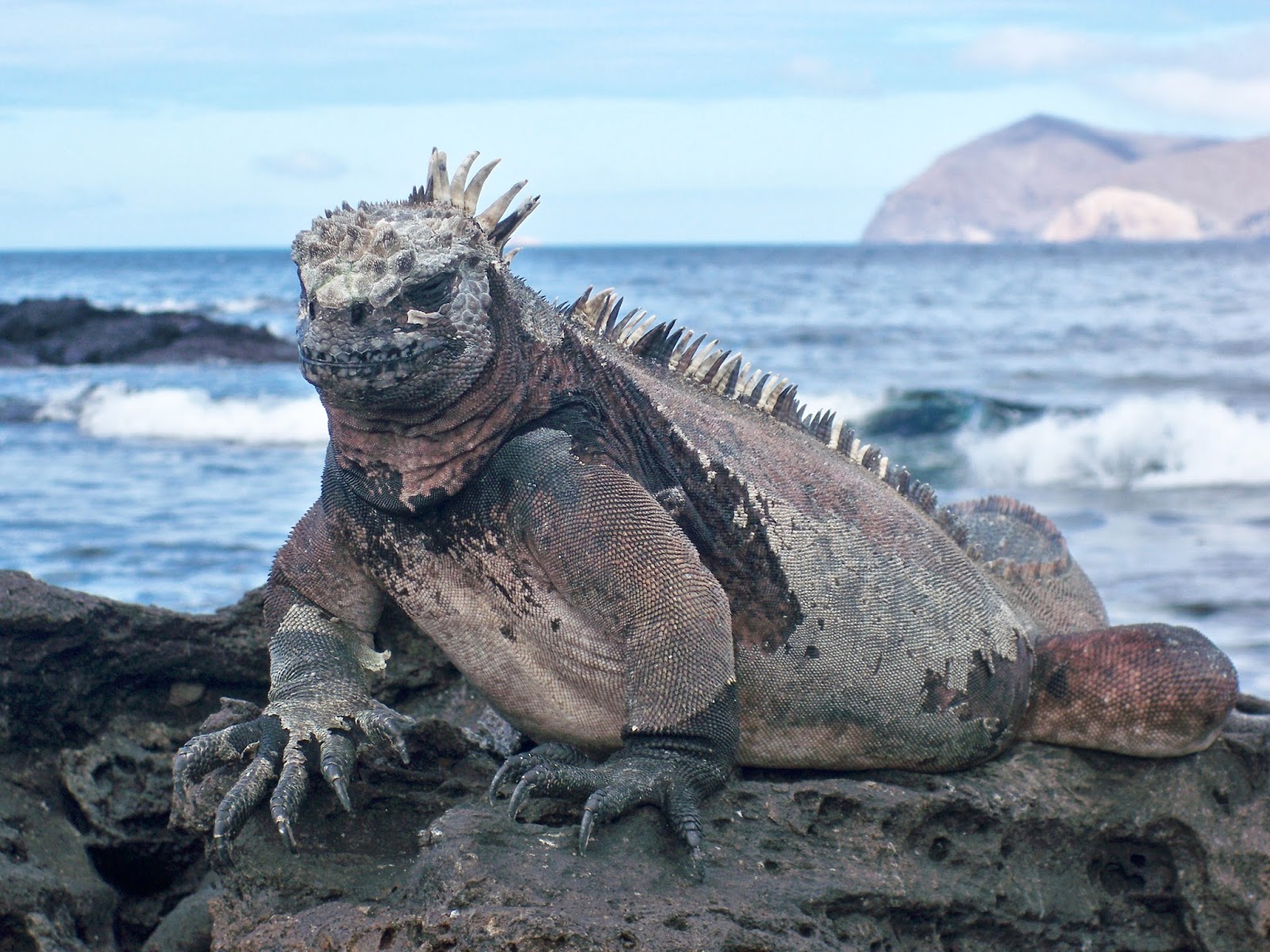 The archipelago is one of the most active volcanic groups in the world. Many of the islands are only the tips of some volcanoes and show an advanced state of erosion.
A study in 1952 by historians Thor Heyerdahl and Arne Skjolsvold, ceramics revealed that some people may find Incas before the arrival of the Spaniards, however there were no graves, vessels and to disclose any old building settlements before colonization.
On March 10, 1535 -discovered by the Bishop of Panama Tomás de Berlanga- while traveling from Panama to Peru along the west coast of South America, wind and ocean currents gradually pushed the boat too westward reaching what we now know as the Galapagos Islands.
In a letter to the King of Spain -Tomás de Berlanga- recounts his arrival in the islands:
"Once the boat docked, we all went down and some of the crew were given the job of making a well and others were sent to get water inside the Island. Within the Island men could not find a single drop of water for two days.
The thirst was too much and as a last resort people attended a similar fruits prickly pears, and juicy as they were somewhat, but not very tasty, we started eating them, and squeezing out to extract as much water as possible and men drank of this fruit."

The Galapagos were used as a hideout for English pirates on their trips to plunder Spanish galleons carrying gold and silver from America to Spain. The first recorded pirate who visited the islands was Englishman Richard Hawkins in 1593. Since then many pirates came to the archipel.
An interesting anecdote in the history of the Galapagos Islands was when Alexander Selkirk, whose adventures in the Islands "Juan Fernandez" inspired Daniel Defoe to write the novel Robinson Crusoe, visited the Galápagos in 1708 after it was rescued from Juan Fernandez Woodes Rogers. 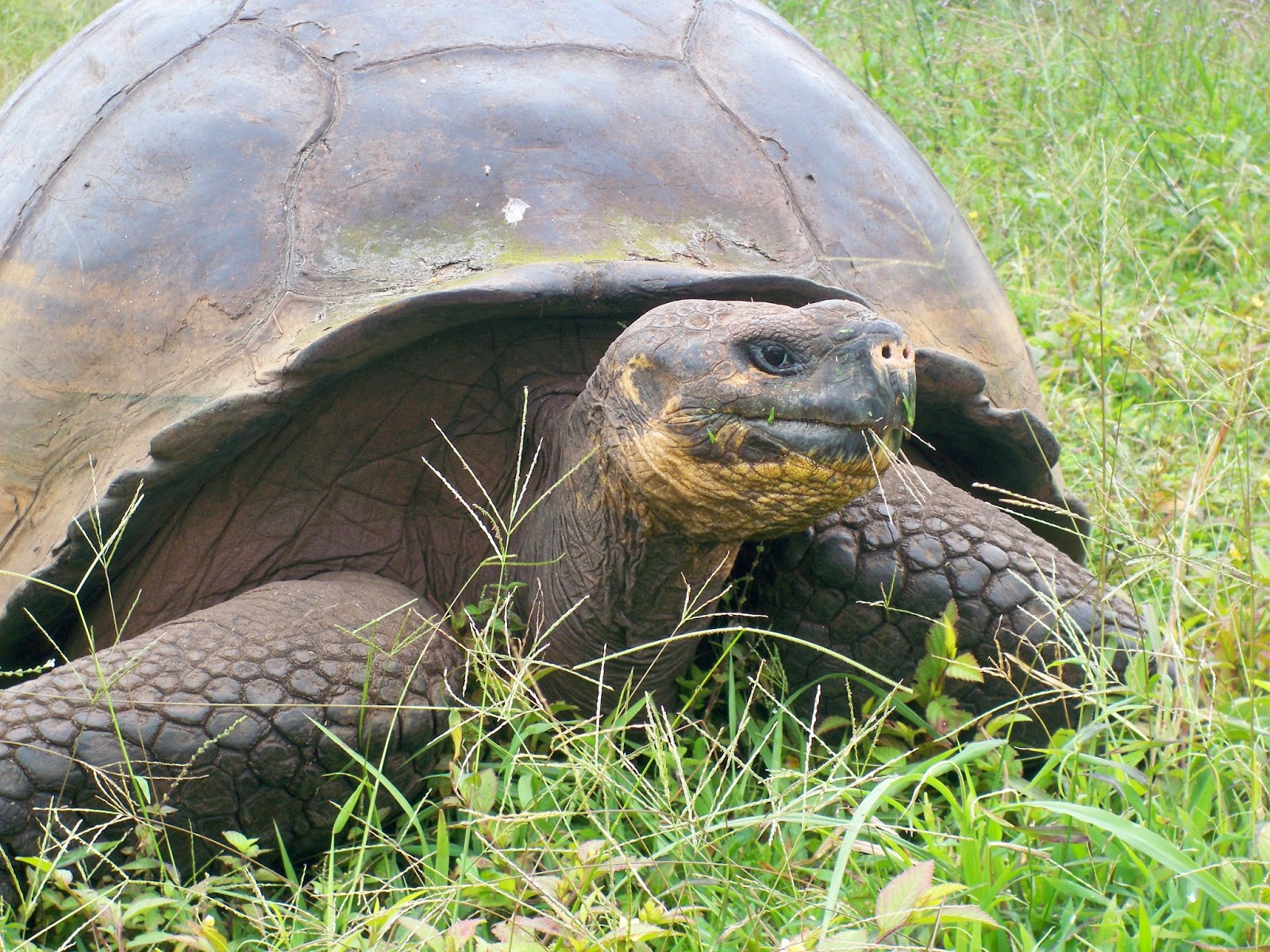 Rogers was fixing their boats in the Galapagos after looting the city of Guayaquil in Ecuador.
The first scientific mission arrived in Galapagos in 1790 under the leadership of Alessandro Malaspina, who was a Sicilian captain whose expedition was sponsored by the King of Spain. But this expedition records were lost.
In the seventeenth century is beginning to populate the area when the navigator James Colnett describes the place as some islands rich in flora and fauna, which attracted the first settlers, mostly English, with interest in whales, sea lions and mainly for the Galapagos tortoises to extract their fat, fat discovery of sperm whales also attracted many whalers which led to a makeshift post office where boats left and collected letters believed.
Ecuador annexed the Galápagos Islands on February 12, 1832 under the government of General Juan José Flores, baptizing as “Colon Archipelago”.
The September 15, 1835 the ship Beagle brought aboard the British expedition under the command of Captain Robert Fitz Roy Galapagos to investigate isolated places hardly visited by boaters. This list of places include Valparaiso, Callao, Galapagos Islands, Tahiti, New Zealand, Australia, Cape of Good Hope and anchored back in Falmouth on October 2, 1836. The captain and others on board, including the young naturalist Charles Darwin made ​​a scientific study of geology and biology on four of the islands before continuing his expedition around the world. The ship remained afloat for 5 weeks in the islands, but Darwin was on the ground just for two weeks, there investigated animals from the region would lead in the future to make Darwin's Origin of Species.
An Irish man named Patrick Watkins was a hermit and was the first person who lived in the Galapagos Islands, specifically on Floreana Island in 1807.
Watkins lived alone and was famous for providing vegetables to the whalers in exchange for Ron for many years until he left the island in an unknown direction.
Then the General José Villamil arrived in 1832. Villamil (Ecuadorian general) founded a penal colony for political prisoners and common criminals who exchanged meat and vegetables with the whalers.
In the late twenties Dr. Friedrich Ritter arrived at the Islands with his wife. The story says he extracted his teeth before going to Galapagos to avoid having to take them off after it.
The second group were the Wittmer´s, a family from the city of Cologne in Germany.
The final group and one of the most talked about were three lovers who escorted the Baroness von Wagner Bosquet who had plans to build a luxury hotel.
The earlier settlers were appalled at the arrival of this new character who later called himself "Empress of Floreana". 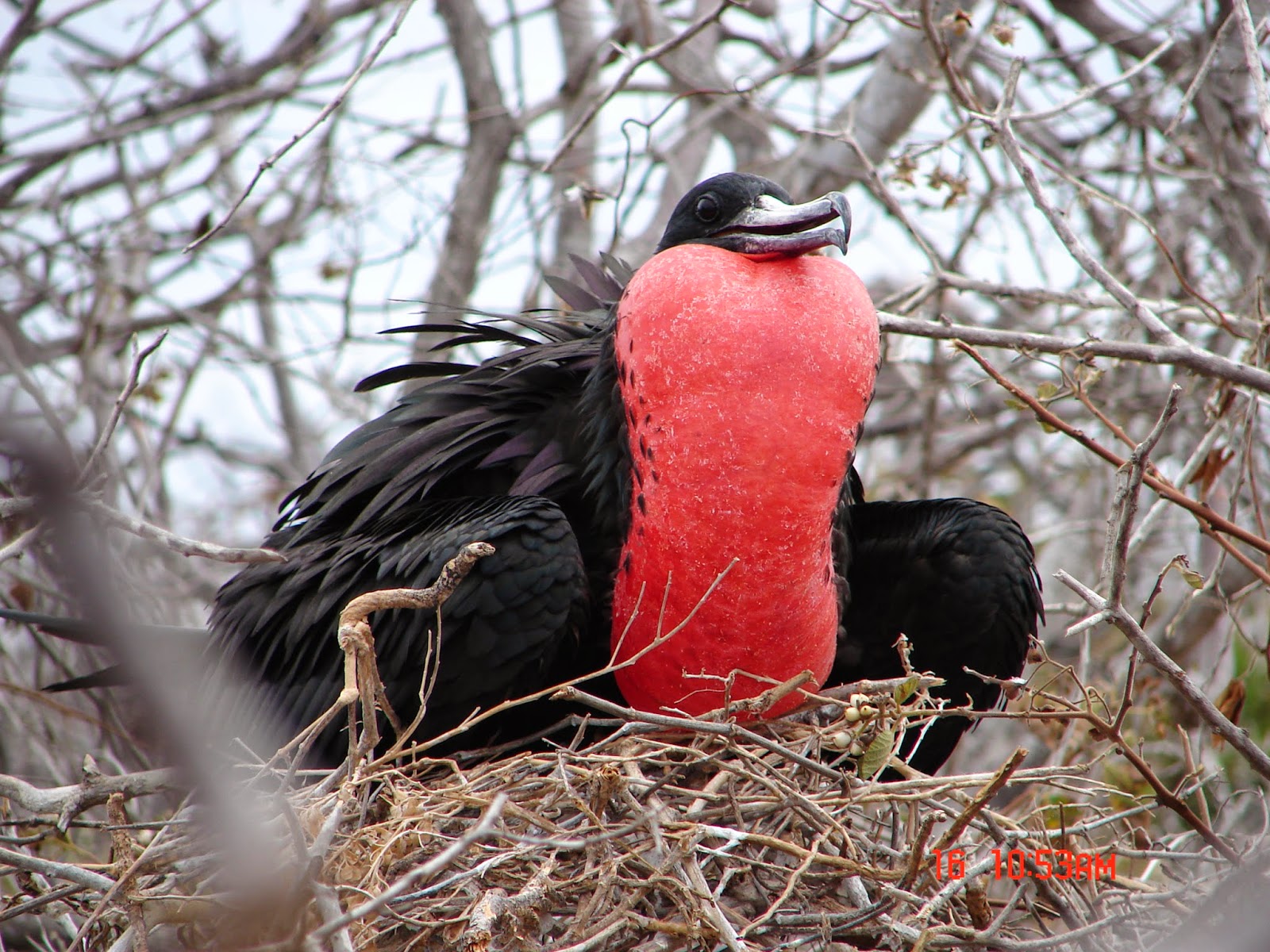 But the story ends on a mystery as all settlers from Mrs. Strauch Doer and the Wittmer family began to fade and die along with Dr. Ritter who died eating poisoned meat which was very strange because he was a vegetarian.
The Baroness also disappeared with one of her 3 lovers.
A book published in 1961 and was a best seller is based on the life of Margaret Wittmer who was one of the oldest survivors of the Galapagos. She died in 2000 aged 95.

Galapagos tortoise
• Previously there were 14 species of Galapagos tortoises, three became extinct in the nineteenth century and ended on June 24, 2012, with its last issue “Lonesome George”.
There are still ten species of giant tortoises (Galapagos turtle or terrapin) belonging to the genus Chelonoidis.
• Land iguanas (Conolophus subcristatus, Conolophus Conolophus pallidus and pink).
• The marine iguana (Amblyrhynchus cristatus), the only species of iguana that seeks its food in the sea.

Galapagos Penguins
• Lava Gull (Larus fuliginosus).
• 13 endemic species of finches, of which the best known is a kind of vampire bird that feeds on the blood of infected birds and is known as Darwin's finches, which inhabits the most northern island of the archipelago named Wolf.
• Galapagos penguin or booby of the Galapagos (Spheniscus mendiculus), the only penguin species that has been recorded in the northern hemisphere, in the northern part of Isabela Island.
• Cormorant or Galapagos Cormorant (Phalacrocorax harrisi).
• Kestrel or the Galapagos hawk (Buteo galapagoensis).
• dwarf Galapagos Heron (Butorides sundevalli).
• Waved Albatross (Phoebastria irrorata).
• Leg stuck (Pterodroma phaeopygia).
• Burrito Galapagos (Laterallus spilonotus). 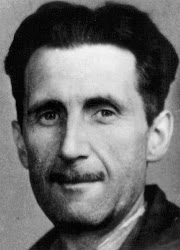